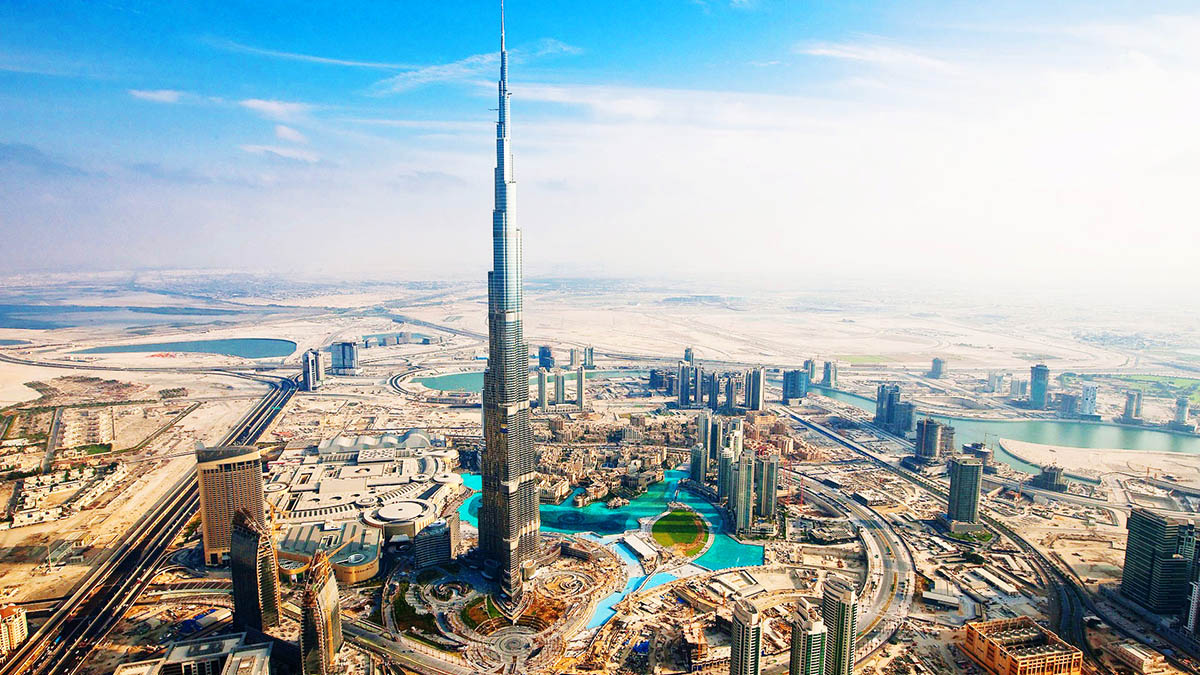 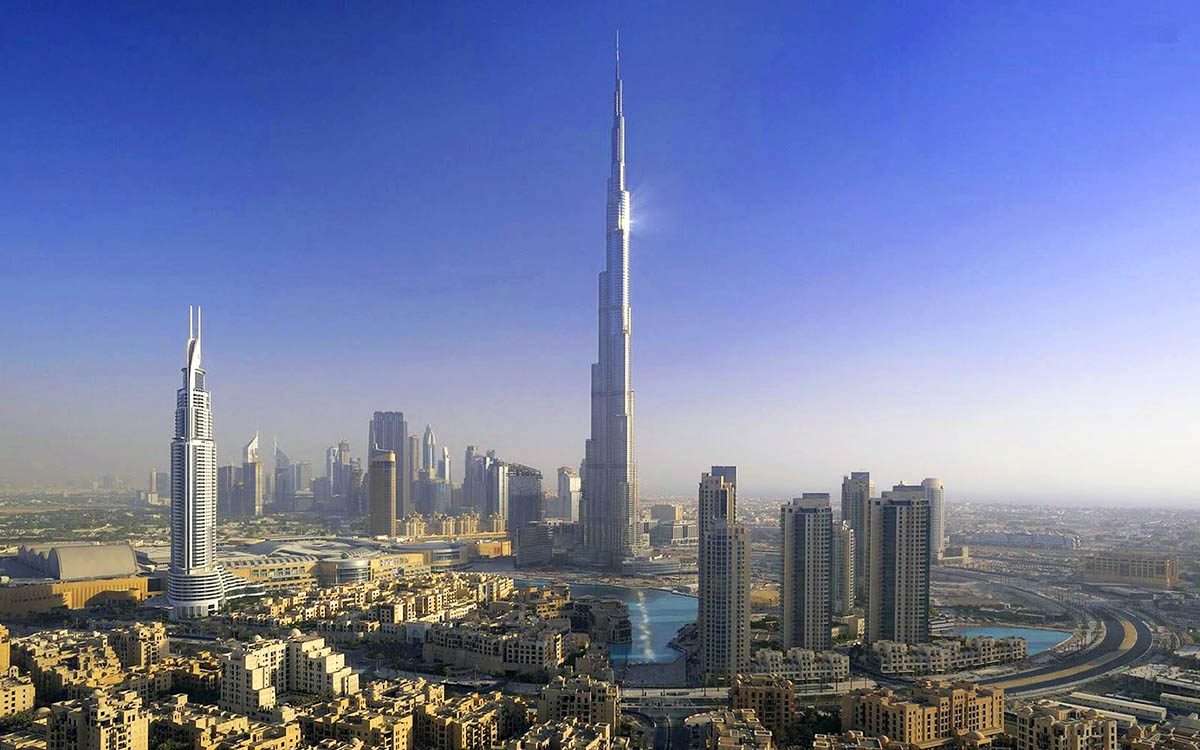 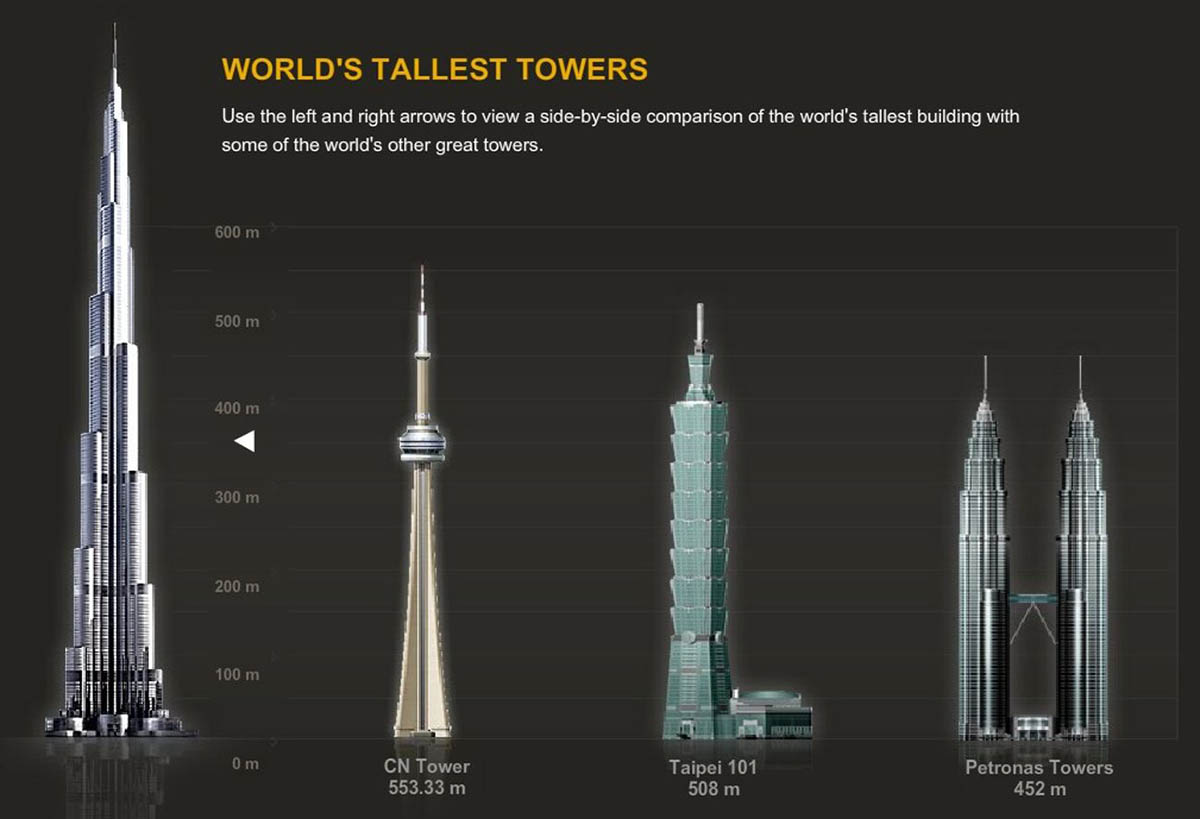 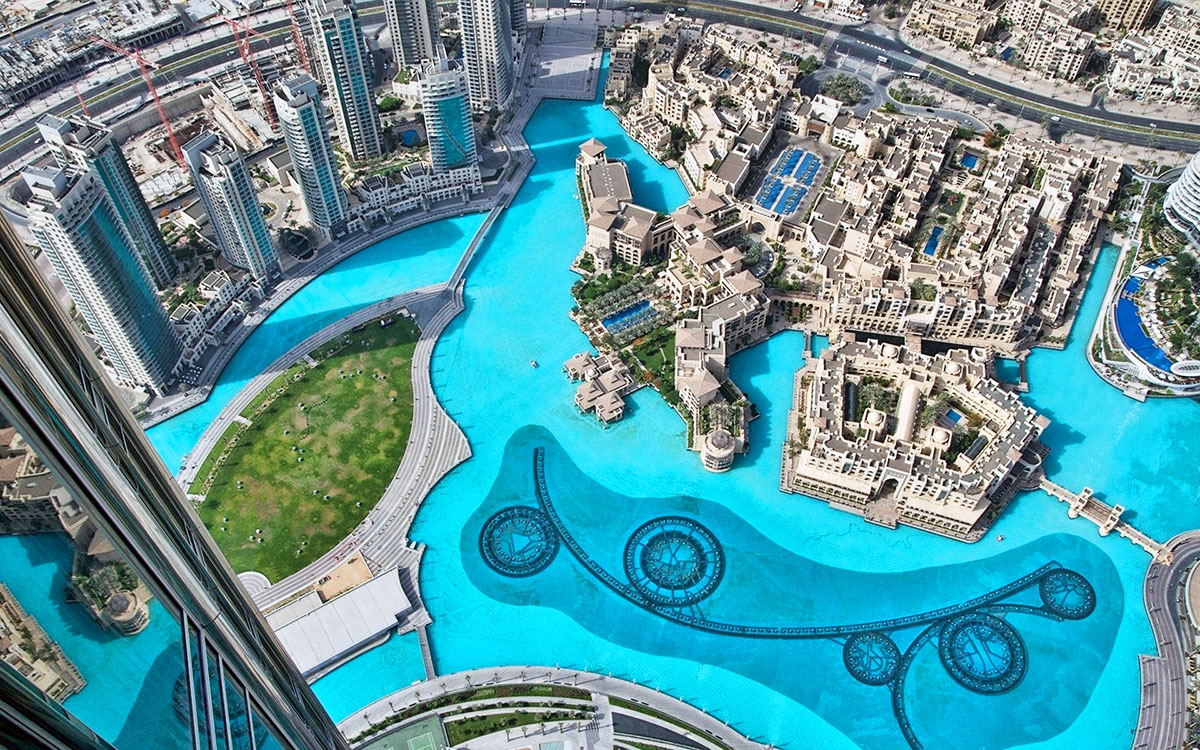 The Burj Khalifa, known as the Burj Dubai before its inauguration, is a megatall skyscraper in Dubai, United Arab Emirates. It has a roof height of 828 m (2,717 ft), and with its antenna included, it stands a total height of 829.8 m (2,722 ft), making it the tallest building and the tallest structure in the world.

Construction began on 6 January 2004, with the exterior of the structure completed on 1 October 2009. The building officially opened on 4 January 2010 and is part of the new 2 km2 (490-acre) development called Downtown Dubai at the 'First Interchange' along Sheikh Zayed Road, near Dubai's main business district. The tower's architecture and engineering were performed by Skidmore, Owings and Merrill of Chicago, with Adrian Smith as chief architect, and Bill Baker as chief structural engineer. The primary contractor was Samsung C&T of South Korea. The tower's construction was done by the construction division of Al Ghurair Investment group.

The decision to build the building is reportedly based on the government's decision to diversify from an oil-based economy, and for Dubai to gain international recognition. The building was named in honour of the ruler of Abu Dhabi and president of the United Arab Emirates, Khalifa bin Zayed Al Nahyan; Abu Dhabi and the UAE government lent Dubai money to pay its debts. The building broke numerous height records, including its designation as the tallest tower in the world.

A Look Inside: The Main Components of the Burj Khalifa: